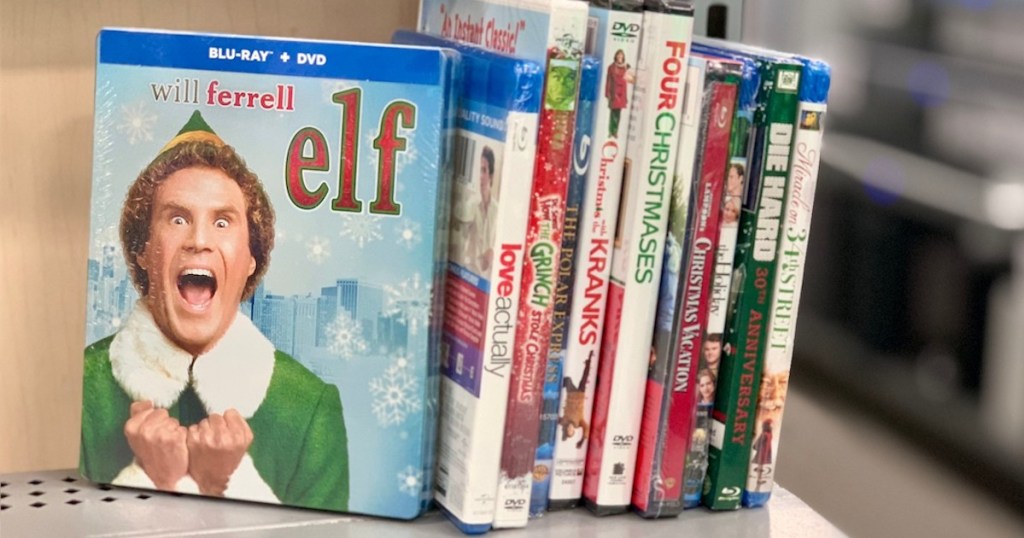 Cozy up and get your Christmas movie night on!

This season is all about family time and partaking in the best Christmas traditions. What better way to celebrate than grabbing some popcorn and watching festive Christmas movies all winter long?!

To help you decide the title for your next movie night, here’s our roundup of the top 25 best Christmas movies! From classics to kids movies and funny picks, we’ve got something the whole family will enjoy. Plus, we’ve even included a free printable! 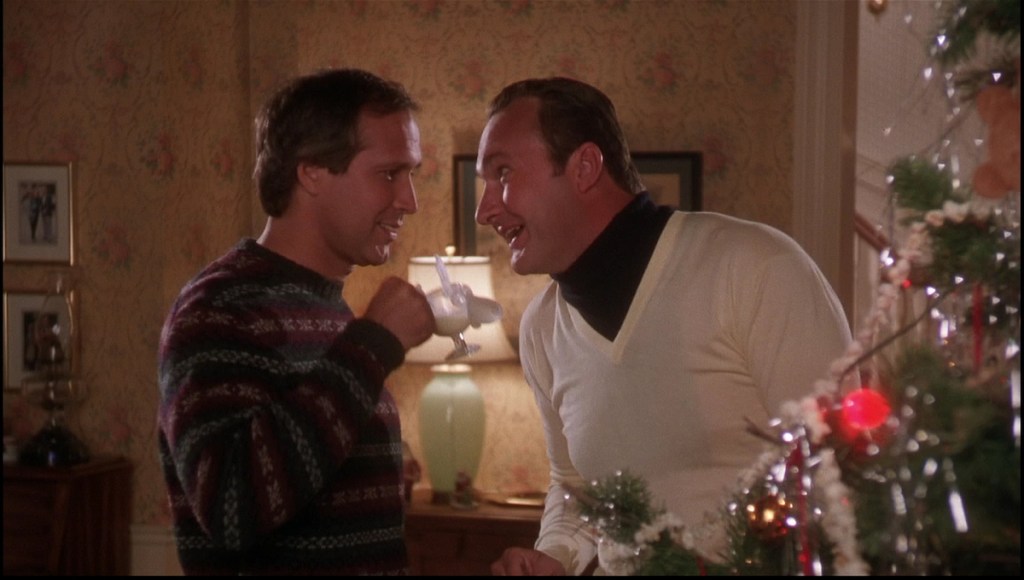 Available at: Amazon | Target | Best Buy | Walmart • Or watch it FREE with Philo

This Christmas, America’s most dedicated dad, Clark Griswold (played by Chevy Chase), is determined to stay at home to create “the most fun-filled old-fashioned family Christmas ever”. This Christmas comedy classic is a must-watch!

This classic Dr. Suess book turned movie is one everyone will love! Watch to see how the Grinch tried to steal Christmas from “Whoville”. 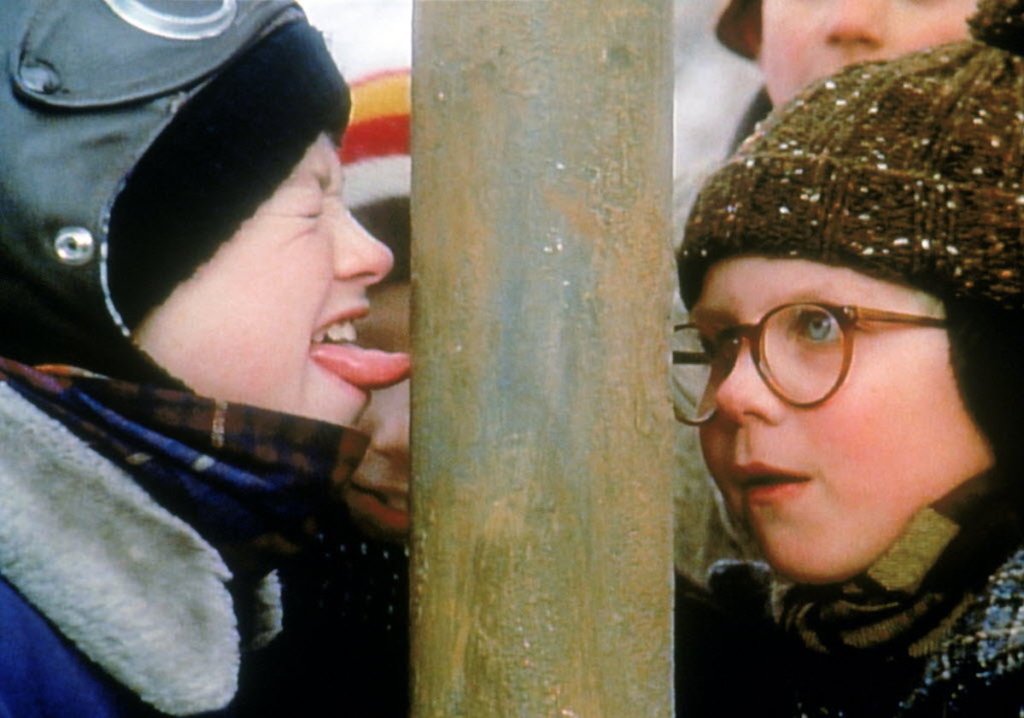 In the 1940s, a young boy named Ralphie attempts to convince his parents, his teacher, and Santa that a Red Ryder BB gun really is the perfect Christmas gift. This charming Christmas classic is one you won’t want to miss!

Be sure to add this movie to your annual Christmas classics must watch list! When a successful song-and-dance team becomes romantically involved with a sister act, they team up to save the failing Vermont inn of their former commanding general. 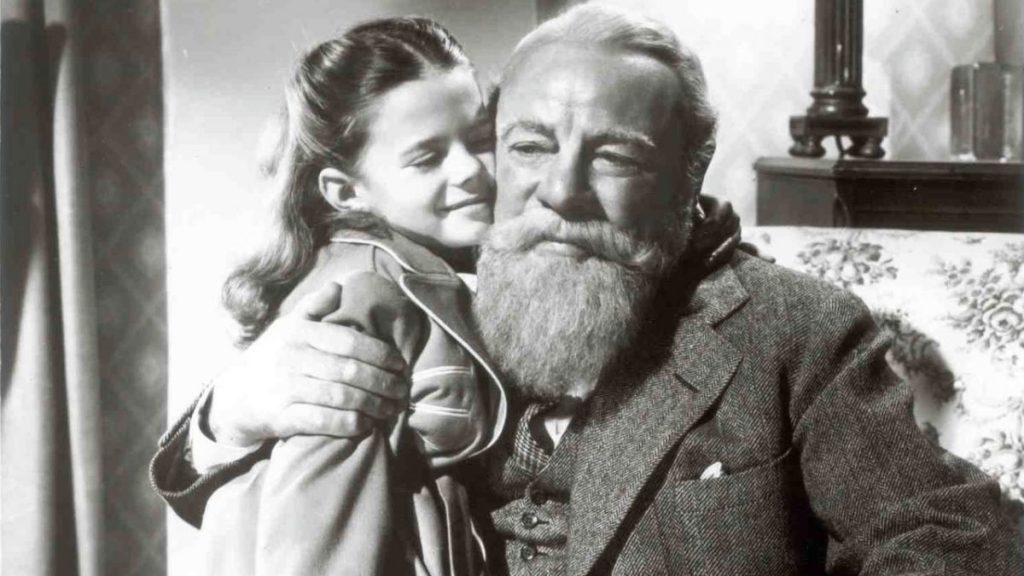 This is another movie from the classic Christmas capsule! When a nice old man who claims to be Santa Claus is institutionalized as insane, a young lawyer decides to defend him by arguing in court that he is the real thing.

This is a true classic that everyone’s probably seen at least once. A Charlie Brown Christmas is a 1965 animated television special based on the comic strip Peanuts, by Charles M. Schulz. Charlie Brown tries to find the true meaning of Christmas. 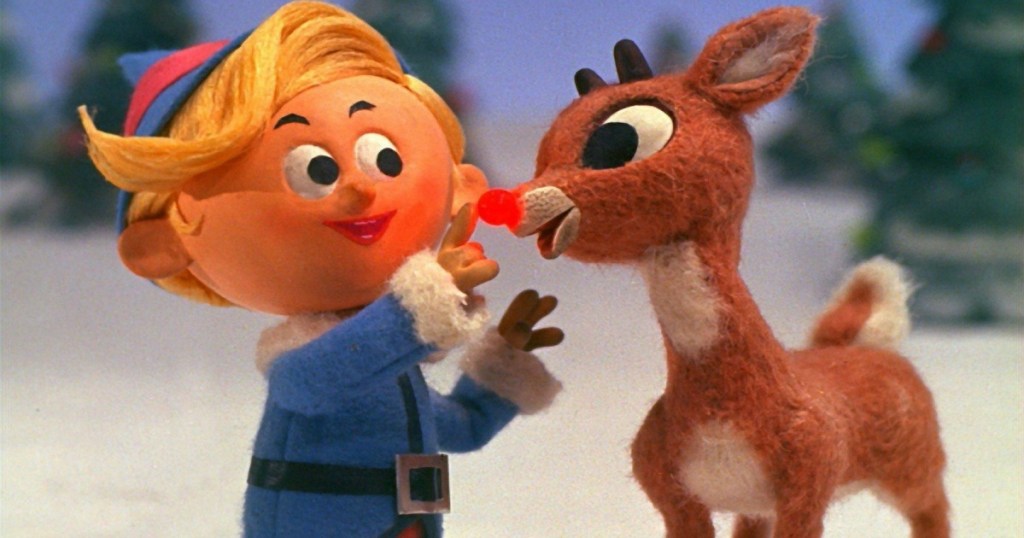 The film stars James Stewart as George Bailey, a man who’s given up his dreams in order to help others, and whose imminent suicide on Christmas Eve brings about the intervention of his guardian angel, Clarence Odbody (Henry Travers). Clarence shows George all the lives he has touched and how different life in his community of Bedford Falls would be if he had never been born. 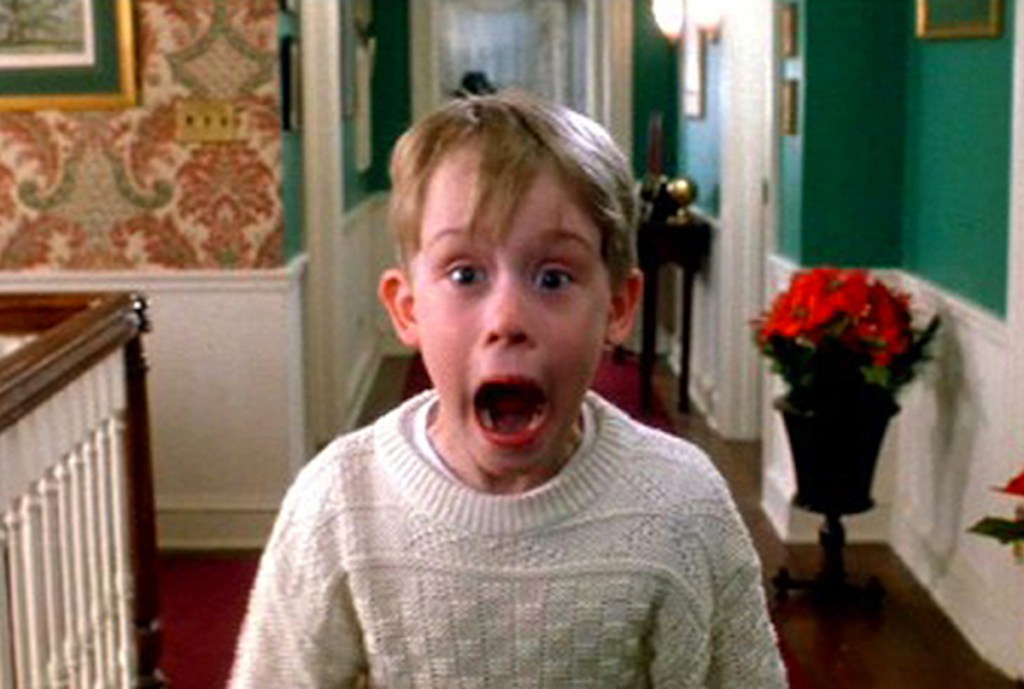 Eight-year-old troublemaker Kevin McAllister must protect his house from a pair of burglars when he is accidentally left home alone by his family during Christmas vacation.

One year after Kevin was left home alone and had to defeat a pair of bumbling burglars, he accidentally finds himself in New York City, and the same criminals are not far behind.

Hip Tip: Want to score both Home Alone movies for a better price? Check out this bundle deal at Walmart. 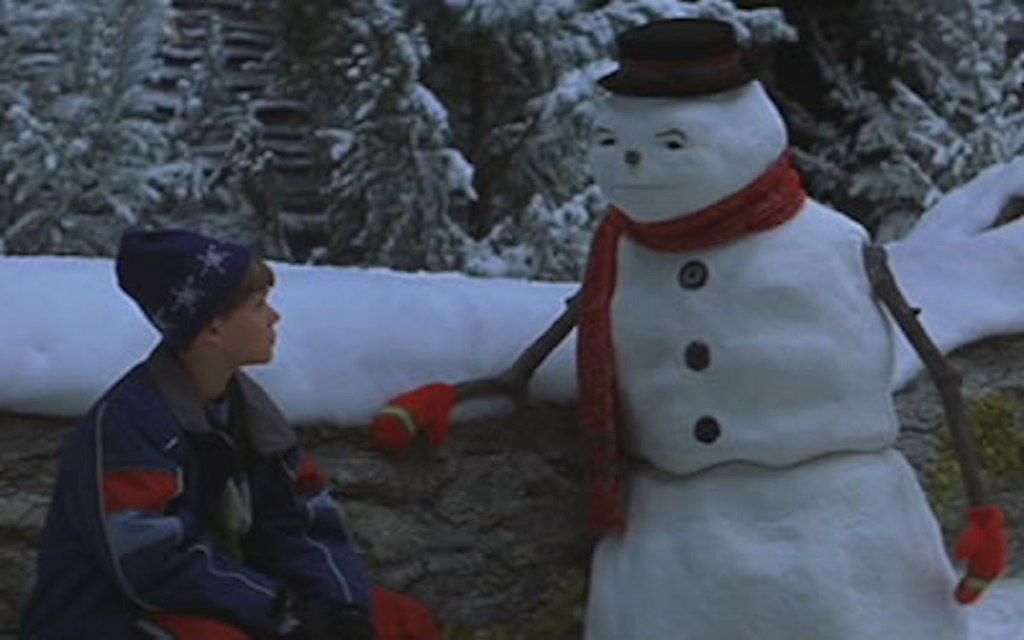 We recommend getting the tissue box for this Christmas movie! A year after the tragic death of Charlie’s dad, Jack, he plays a mournful tune on his father’s harmonica Christmas Day. Much to his surprise, his dad is magically brought to life as a snowman in the front yard! Given a second chance, Charlie and Jack struggle to make up for the lost time.

Go on a journey with a divorced dad Scott (played by Tim Allen). After the real Santa falls off of his roof and disappears, Scott and his son are magically transported to the North Pole, where an elf explains that Scott must take Santa’s place before the next Christmas arrives. Watch this movie to find out if Scott really turns into Santa or if it was all a dream!

13. The Nightmare Before Christmas 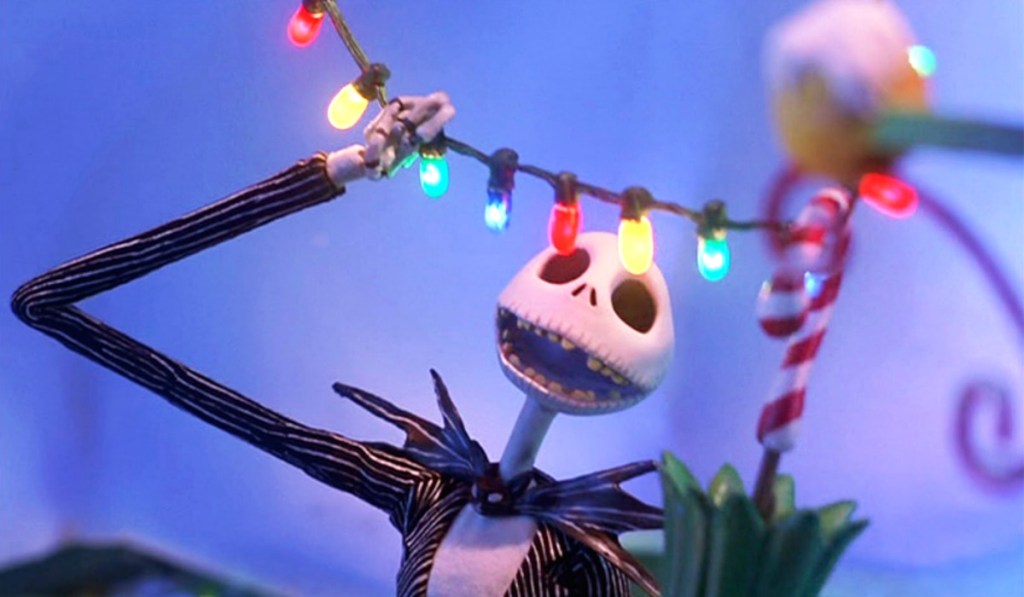 Bored with the same old scare-and-scream routine, Pumpkin King Jack Skellington longs to spread the joy of Christmas. But his merry mission puts Santa in jeopardy and creates a nightmare for good little boys and girls everywhere!

Our favorite holiday movies from 2000 and beyond: 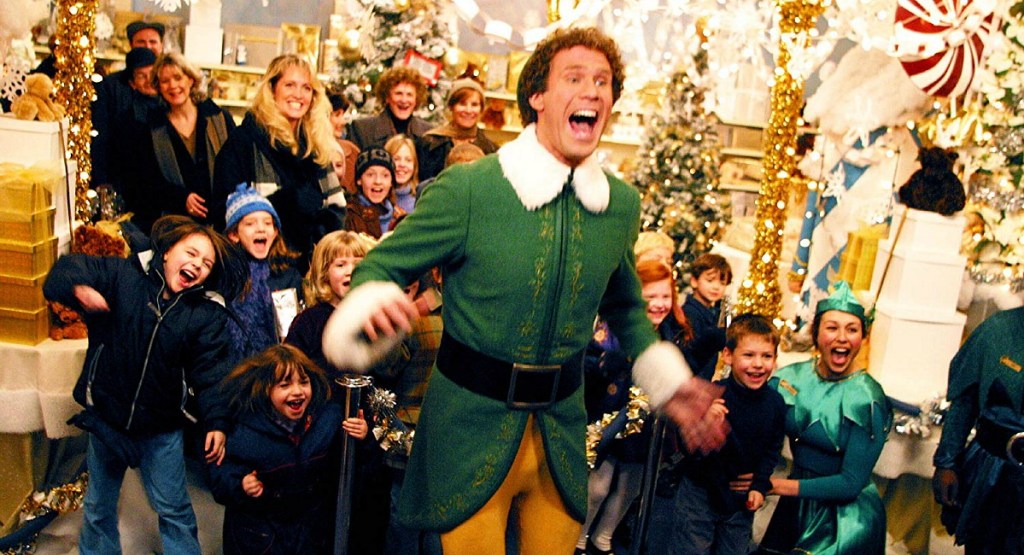 This hilarious Christmas film tells the tale of a young orphan child, Buddy, who mistakenly crawls into Santa’s bag of gifts on Christmas Eve and is transported back to the North Pole and raised as an elf. Years later, Buddy learns he’s not really an elf and goes on a journey to New York City to find his true identity and family!

15. Christmas with the Kranks

Alone for the Holidays? Invite some friends over and watch this hilarious Christmas comedy when the Kranks decide to skip Christmas altogether. That is until their daughter decides to unexpectedly come home, causing an uproar when they have to celebrate the holiday at the last minute. 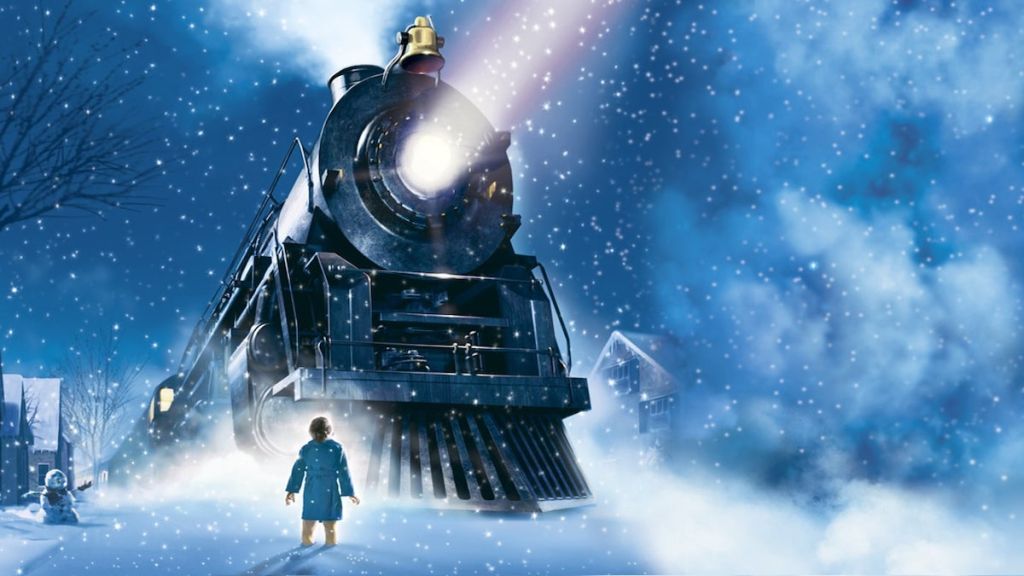 We love the classic Christmas book-turned-movie, The Polar Express. When a doubting young boy takes an extraordinary train ride to the North Pole, he embarks on a journey of self-discovery that shows him the wonder of life never fades for those who believe.

This is one your kids are sure to love! Santa’s clumsy son, Arthur, sets out on a mission with St. Nick’s father to give out a present they misplaced to a young girl. Watch this fun Christmas movie to see their very high-tech operation beneath the North Pole and to see if they get the mission accomplished in time! 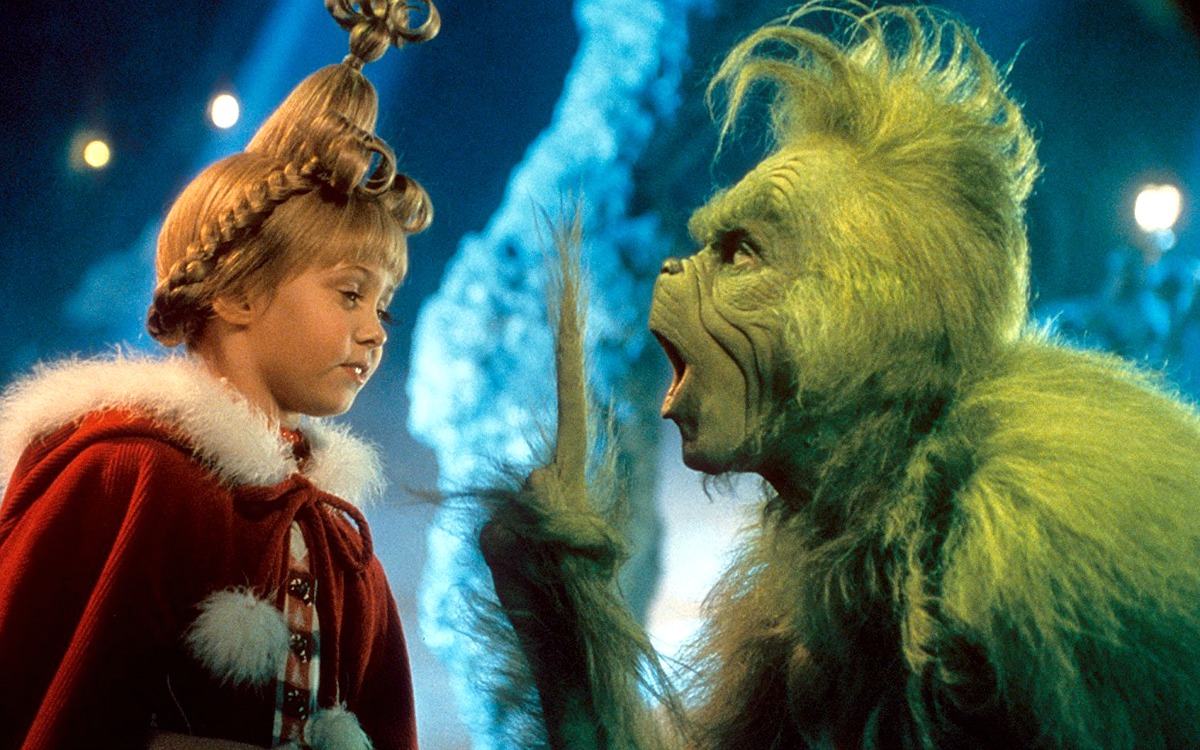 Jim Carrey stars in this more modern twist to the classic Dr. Suess book. Watch this movie and how the Grinch tried to steal Christmas from “Whoville”.

And just for the adults, here are our favorite PG-13 & Rated R Christmas hits: 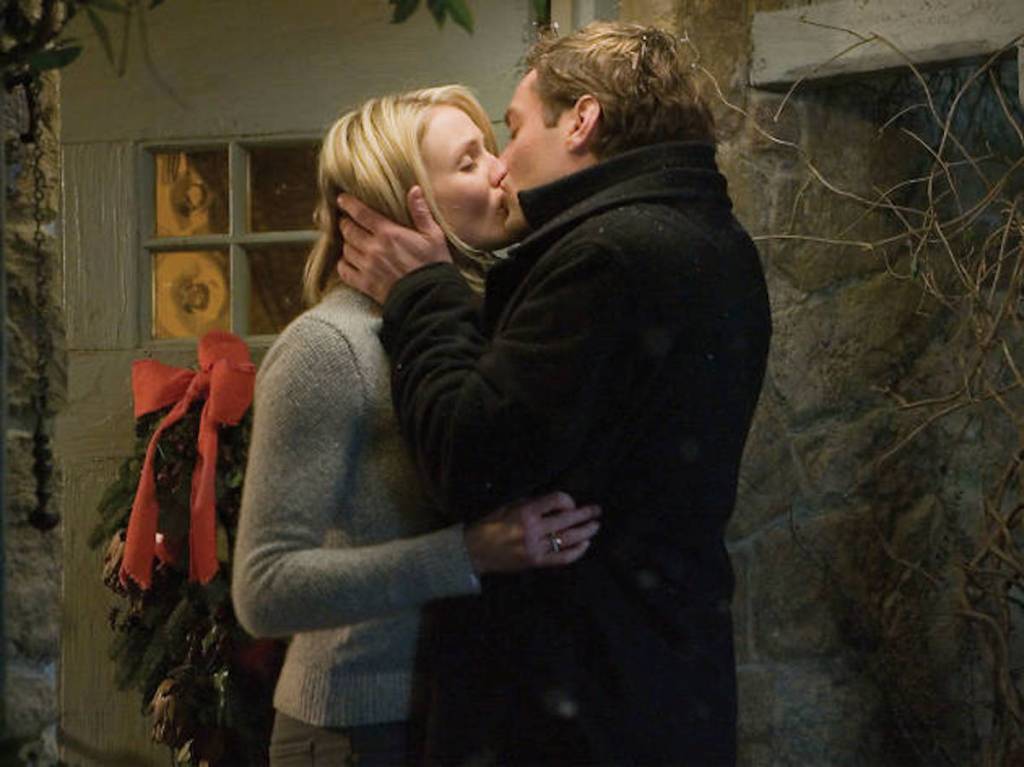 This is the perfect comedy-drama-romance for Christmas! Two women troubled with their relationships at home swap houses in each other’s countries. Much to their surprise, they each meet a man with close ties to the respective homeowner and develop new romances amid their single-life vacations.

An uptight, conservative businesswoman accompanies her boyfriend to his eccentric and outgoing family’s annual Christmas celebration and finds that she’s a fish out of water in their free-spirited way of life.

This is the perfect movie to grab some wine and curl up with your significant other! Watch this movie about nine intertwined stories, and examine the complexities of the one emotion that connects us all: love.

Who doesn’t love a low key Christmas story? Haha! John McClane, an officer of the NYPD, tries to save his wife Holly Gennaro and several others that were taken hostage by German terrorist Hans Gruber during a Christmas party at the Nakatomi Plaza in Los Angeles. This is one even your husband will be sure to love! 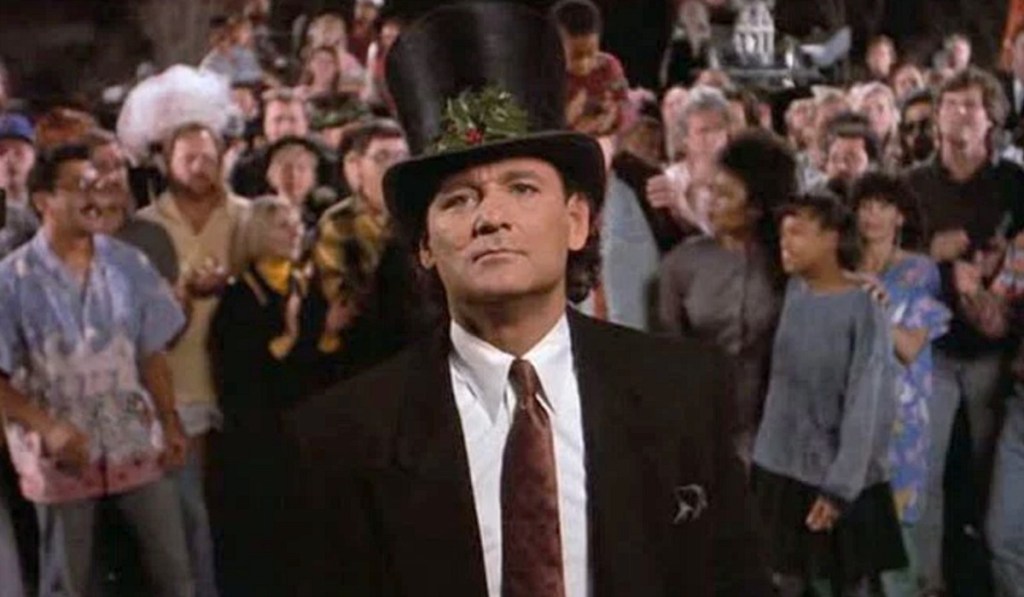 When their plans for an exotic vacation fall apart, unmarried couple Brad and Kate must spend Christmas Day going to all the family get-togethers they were hoping to avoid. While Brad counts the hours until he can escape the onslaught of crazy relatives, Kate begins to wonder about her own choices and ponders whether her family members aren’t so crazy after all. 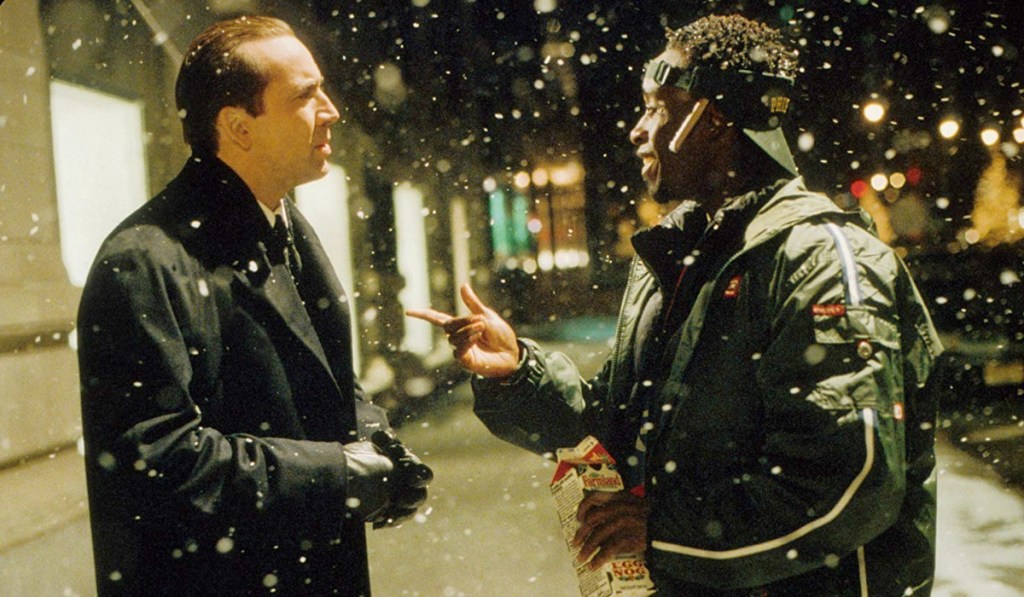 Available at: Amazon | Target | Best Buy | Walmart • Or watch it FREE with Hulu

Jack, a fast-lane investment broker offered the opportunity to see how the other half lives, wakes up to find that his sports car and girlfriend have become a mini-van and wife. We love this Christmas movie, and it proves that life really is about family and the little things! After watching this movie, I’m always left feeling extra thankful for so much!

Check off your Christmas gifts list with our fun gift ideas for everyone!